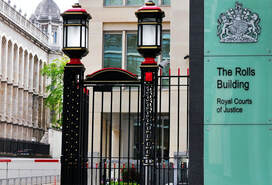 ​6 September 2021 --  The Friends of the Victoria Hall (FoVH) is to proceed with a new legal challenge to the sell-off of Ealing’s Victoria Hall by the local council.

The Charity Tribunal hearing of the case has now been scheduled to take place between December 2021 and June 2022.
Roger Green, Chair of FoVH said: ‘We’ve tried repeatedly to engage with the Charity Commission about these issues and why Ealing Council’s proposals should be refused, but to no avail. It’s a shame that it’s come to this, especially at a time when there are much better things that such large sums of money could be spent on.’

The Victoria Hall, the Princes Hall and a number of other rooms in Ealing’s Grade II listed Town Hall belong to a Charitable Trust whose beneficiaries are the people of Ealing. For this reason, the Council needed the permission of the Charity Commission to alter the terms of the trust in order to dispose of its property as part of a deal with hotel developer Mastcraft.

FoVH decided to take the expensive step to go before the Tribunal following the Charity Commission’s decision in March 2021 to allow Ealing’s deal with Mastcraft to go ahead.

FoVH will be drawing the judge’s attention to:
• Dubious claims by Ealing Council that the Charitable Trust to which the Victoria Hall belongs is not and cannot be financially sustainable
• The Council’s failure to properly identify the extent of Trust property resulting in the Trust being short-changed by the deal
• A severe loss of amenity to the beneficiaries of the Trust – the people of Ealing
• The failure to properly deal with the clear conflict of interest between the Council and the Trust

Green explained: ‘The Council is largely to blame through years of poor management and a failure to keep their and the Trust’s affairs separate. But we’re challenging the Charity Commission as they’re supposed to represent the beneficiaries of charities and charitable trusts like this one and not the interests of powerful local politicians and commercial organisations. By approving this shoddy deal, they have let the people of Ealing down.’

Green added: ‘High-quality legal advice is expensive, and we’d like to say a huge thank-you to everyone who’s contributed to the £70,000 we’ve had to raise so far and no thanks at all to Ealing Council and the Charity Commission who’ve forced us to do so.’

He added: ‘It’s not over yet, so contributions are still welcome on our crowdfunding page’.
https://www.crowdjustice.com/case/save-the-victoria-hall/

• The Victoria Hall accounts for over a fifth of Ealing’s Grade II listed Town Hall and is the largest and most accessible indoor space in the centre of a large multicultural borough with a population larger than that of Iceland. Together with the Prince’s Hall and a number of other rooms in the building, it was paid for by public subscription, the Victorian equivalent of crowdfunding, and has been serving the community for 126 years, hosting countless meetings, entertainments, protests, celebrations, examinations, exhibitions and more. It is administered by a Charitable Trust registered with the Charity Commission.

• Ealing Council spent £2 million between July 2016 and February 2021 in its efforts to dispose of the Victoria and Prince’s Halls to hotel developers Mastcraft, despite the fact that they are not the property of the Council. Since 1893, these and a number of other rooms have belonged to the Victoria Hall Trust and, as such, should not have been included in the 2016 hotel development deal. The Council was obliged to apply to the Charity Commission to be allowed to take control of the Trust and to expropriate its property.

• The Charity Commission has failed to engage with FoVH and, on 22 March 2021, published what it ruled would be the final draft ‘Scheme’ for the Victoria Hall Trust, which would allow the Council to sell the Trust’s property. This new ‘Scheme’ ignored most of the shortcomings of previous versions, including many identified in the Commission’s own detailed review of April 2020.

​• There are details of the five-year Victoria Hall controversy here:
https://savethevictoriahall.weebly.com/