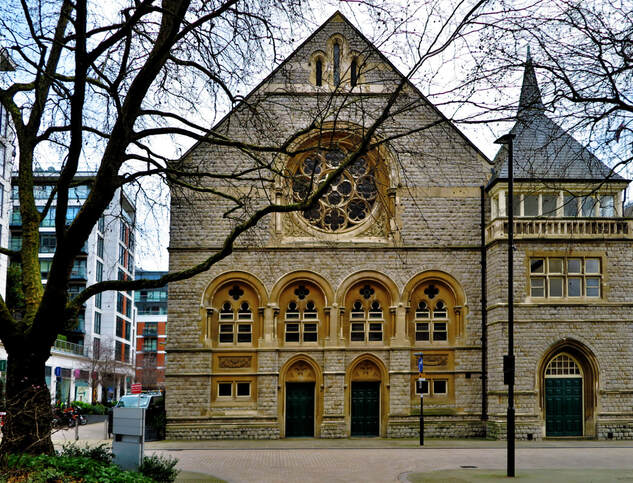 About the Victoria Hall

The Victoria Hall, Ealing is a public hall belonging to the west London community of Ealing for their recreational use. Ealing is a large multicultural Borough whose population of 344,000 is that of a small country. The Victoria Hall and the Prince's Hall below it provide the only large venue in Ealing that’s easy for everyone to get to, whether they live in Acton, Greenford, Hanwell, Northolt, Perivale or Southall.

The Hall was conceived in 1886 by Charles Jones, the first architect, engineer and surveyor of Ealing Council.
​
Its construction next to Ealing Town Hall was funded entirely by public donations and its operations governed by the Victoria Hall Trust, established in 1893. It subsequently became integrated into the Town Hall and now accounts for just over 20% of the whole of the site. You can read how it all happened in our detailed chronology and these videos.

In 2015 the Council announced plans to dispose of the Grade II listed building to a development partner on a 250-year lease. The plan led to protests by local residents’ groups, who called for the Hall to continue to be available for use as a public amenity.

In July 2016 Ealing Council announced an agreement with a hotel developer to convert part of the Town Hall and the Victoria Hall into a boutique hotel.

In late 2016 a local residents' group discovered that the Victoria and Prince's Halls were still owned by the Victoria Hall Trust and as such could not be included in the development deal that had been signed.

Since then, the Council has been trying to persuade the Charity Commission to allow it to amend the Trust's governing rules  so that the Victoria Hall can be included in its £2.5m sell-off of the Town Hall site.

At the end of November 2019, the Commission published the draft of a ‘Scheme’ that would change the Trust rules so that the Council could take control of its assets, subject to the result of a public consultation that ended on 7 January 2020. Shortly afterwards it was disclosed that the Council had spent £2m on its six years of unsuccessful efforts to sell off the Town Hall site.

On 7 April 2020 the Charity Commission published a Review of the Scheme which refused to allow the Council to dispose of the Victoria Hall on the terms the Council has proposed. The 13-page ruling agreed with many of the serious criticisms that FoVH made of the Council scheme in its submission to the consultation.

The Council responded to the Charity Commission review on 24 November 2020. FoVH subsequently wrote to the Commission to  to raise our concerns about this response and to explain  why we believe that the draft Scheme for the Victoria Hall cannot be allowed to proceed and is likely to be challenged if it does.

On 22 March 2021 the Charity Commission published what it ruled would be the final draft of the Scheme for the Victoria Hall Trust.

The four main things wrong are:
We say: it's our Victoria Hall, not the Council's, so don't let this happen!

We've been working with a leading charity law firm to collect together all of the reasons why this is a bad deal and how it could be stopped. Help us with our legal costs by making a donation here.

Make sure you stay informed by signing up to receive our email news: https://mailchi.mp/c14d009a6ffe/vhfriends